In April of 2016, the costume administrator of Sarcophagus Films in the U.K. ordered several of each of my Python Ear Wrap, Cobra Ear Wrap and Snake Ear Cuff. I promptly shipped the order and didn’t think much more about it. A week later I received panicky e-mail informing me that  that the package had not arrived in spite of the official notice of delivery conformation. My antenna’s perked up when I was told that my ear cuffs and ear wraps were slated to be worn by an undisclosed actress who would be the Mummy in the upcoming film; Remake of the Mummy, with an expected release of June, 2017. Sarcophagus Films was somehow related to Universal films and Tom Cruise would star in the film. 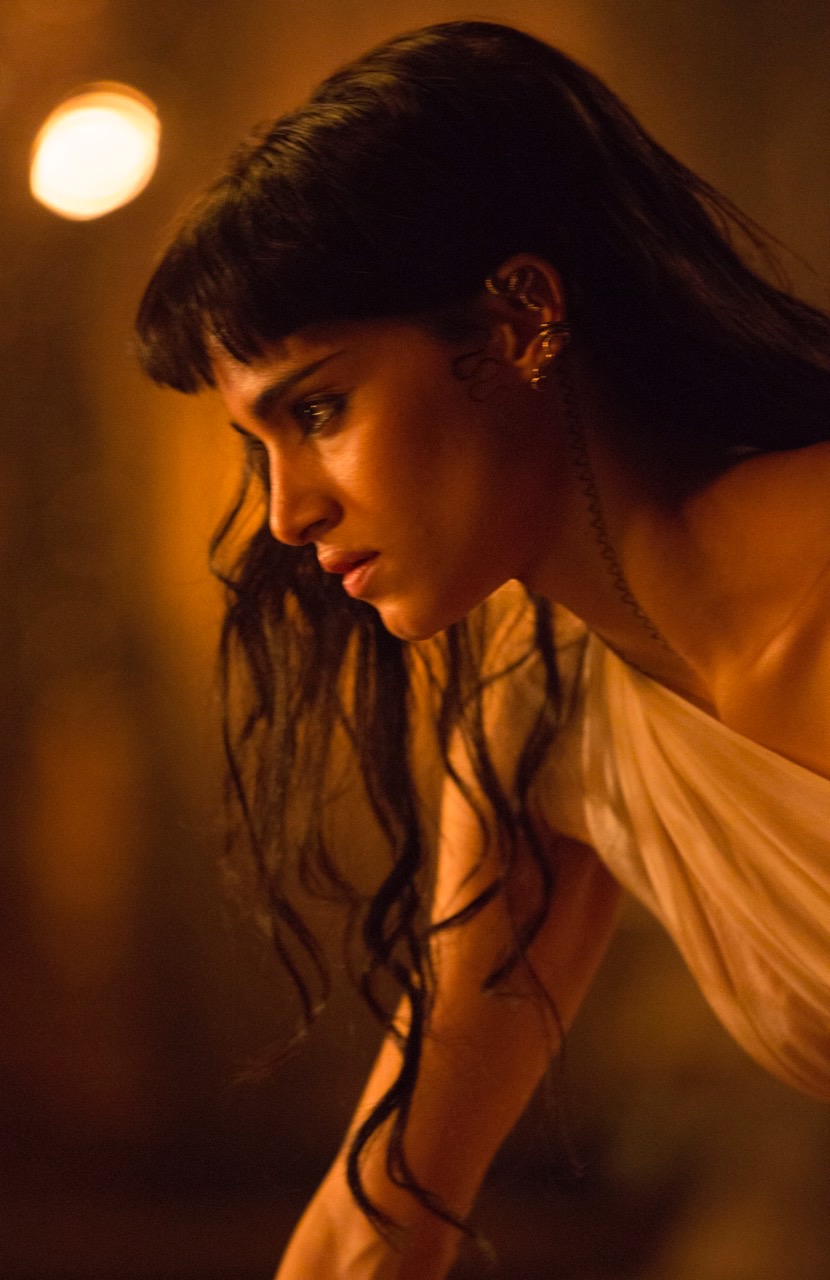 Sarcophagus Films arranged for a courier service that came to my studio and picked up a replacement order to expedite the shipping of my ear cuffs to wherever? I retuned to my routine of designing jewelry and running the Marty Magic business.

A week or so later, Sarcophagus Films placed another order and sent a courier to my studio for pick up. Awake now, I asked about their intention for my copyrighted Python Ear Wrap and Cobra and Snake Ear Cuffs? I was told in confidence that “The Mummy” would be wearing these pieces. I was also asked to keep this information in confidence which I have until now. I now have permission to disclose this.

This gorgeous photo of Sofia Boutella, the slated Mummy, is wearing my Python Ear Wrap. This movie marque poster was at all of the theaters.  Photo credit  goes to Universal Studios.