Star Trek - The Next Generation

My Star Trek connection was not a happy one because I was never compensated for the several pairs of ear wraps that were used in the filming of the Next Generation, Angel One episodes. This is the story: For many years I had a booth at the L.A. Harvest Festival. in the early 1980’s, the costume director for Star Trek at Paramount Studios dropped his card off at my booth and asked me to call him. My unique ear cuffs had attracted him to my booth. My business was just a few years young and I was literally a starving artist. 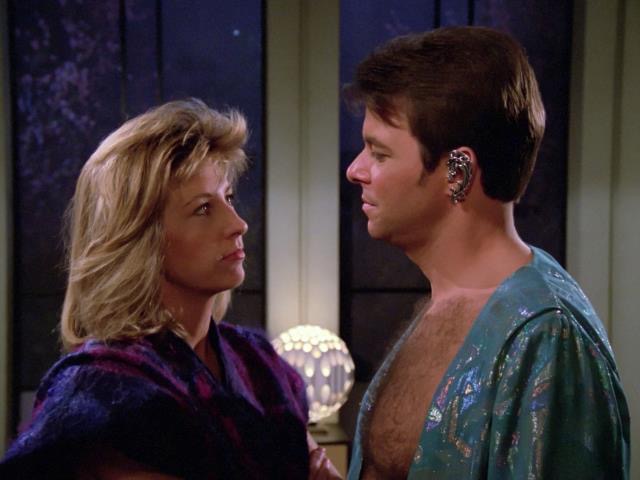 A few weeks later, I nervously made the call and made an appointment at Paramount Studios to meet this man. He requested that I bring all of my ear wraps and I drove several hours with the aide of a paper map and awkwardly presented my ear wraps to the arrogant director. He choose 4 or 5 pairs and asked me the prices? He feigned shock at my modest request and told me that my prices were more than his budget allowed. I was young and easily intimidated so I offered him a discount. He suggested that instead of paying me, that they send me photos of the cast wearing my ear wraps and that this would be worth much more to me in the long run than money. Pressured, I agreed to this, left the chosen ear wraps with him and we shook hands. As instructed, I gave his secretary all of my contact information so that Paramount could mail me the promised photos in lieu of payment. Weeks passed and the photos did not arrive. I telephoned the studio and laboriously wrote typed letters requesting either payment or the promised photos. I eventually gave up and was never compensated for the ear wraps that were worn by the main character Commander William T. Riker or Trent the personal secretary of Beata on: The Next Generation, Angel One, of Star Trek. 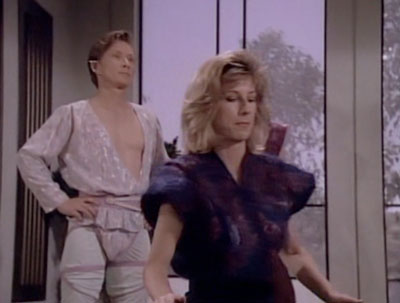 Trent wearing Marty's Classic Dragon Ear Wrap. Trent was the personal secretary of Beata, elected one of Angel in 2063.  As all the men on the planet, he was subservient to women and had limited rights. 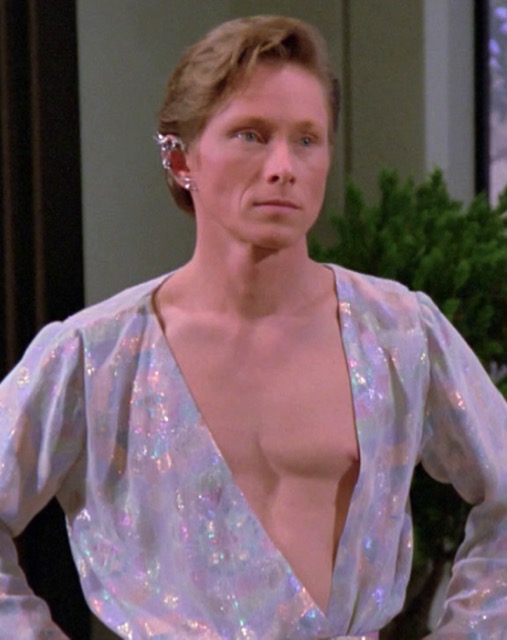 The episode from Star Trek, The Next Gerneration, is called Angel One. 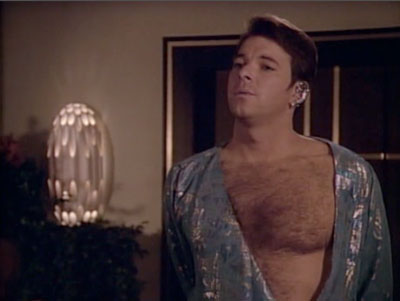 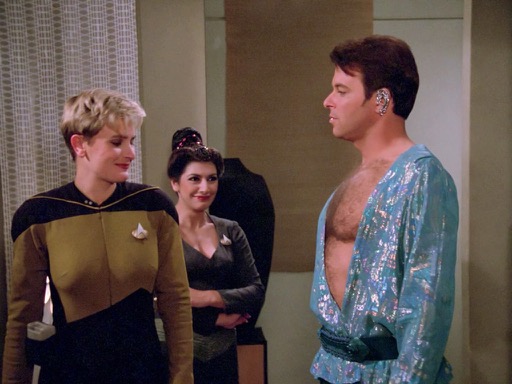